As you will see from some of our pictures we covered a lot of ground during our month-long trip to Scotland. We spent most of our time on this journey in the North-West area known for its rugged beauty. Much is happening in this land of historical Revival.

Our travels had us beginning near Fort William, and making our way over to the Isle of Skye. From there we visited the Hebrides before ferrying back to the “Mainland” and spending time in Ullapool and Oban.

If anyone is pondering a trip to these amazing Islands, please be prepared to bring appropriate clothing for the elements, or plan on acquiring one of the famous Harris Tweed clothing items, as you will see in the video clip, the winds are quite strong!

We were able to visit the Hebrides and have some special recordings of the updates taking place there – especially with the children that are praying!
Be on the lookout for future video clips and testimonies of what the Lord is doing.

There are “hot spots” of prayer and preparing for the Presence of the Lord throughout various areas of the North and North West.

Here on the Isle of Lewis in the Outer Hebrides, in an area known for the Revivals in the 20th Century, we were able to conduct brief interviews with leaders in Stornoway. Tommy and Donna MacNeal are key leaders in terms of what the Lord is doing with young people – especially children between 8-12 who are involved in prayer. During the 1948-53 Revival there was significant activity in the communities of Arnol and Barvas.

We had an amazing visit with a person who was involved in the tourism industry near Arnol, which features a black house typical of that time.

She told us of a number of people in their 60’s now coming to the Lord who as children in the 48-53 revival were not involved at that time. However, there were promises from the Lord that this generation would also receive a touch from the Lord, and that is what is now happening. The weekly prayer meetings are packed with people! Several are coming to faith in Christ. Very exciting!

We had the privilege of meeting with leaders from various areas of the UK and hearing their hearts we were able to share with them some of the current moves of God occurring globally.

For me, speaking in Oban Baptist Church was a special privilege. 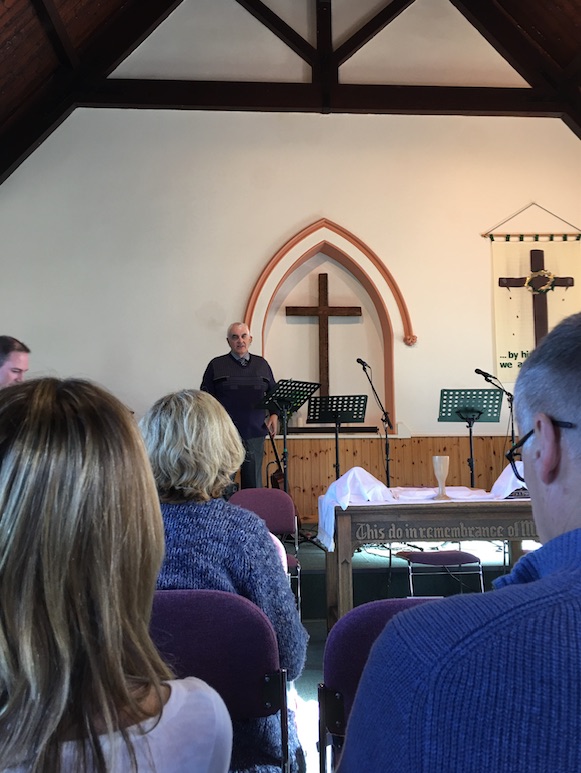 Afterwards we spent a week at the Ellel Base in Scotland – Blairmore House – with delegates from many nations including India, Singapore, Norway, and the Middle East, as well as North America and the UK. I had the privilege of co-teaching with Peter Horrobin at our final Leading From the Front School. Peter is the International Director of Ellel Ministries. This is one of our most intense teaching weeks during which we shared on the most relevant topics concerning what is happening globally and how the Lord is positioning people for such a time as this.

Are you willing to join us in this type of prayer? At times we may feel just like this sign seen in the picture below from Port Nis, on the tip of the Hebridean Isle of Lewis that we are “Living on the Edge”, going beyond our areas of comfort in order to discover what the Lord is wanting to do in and through us – for His Kingdom purposes. 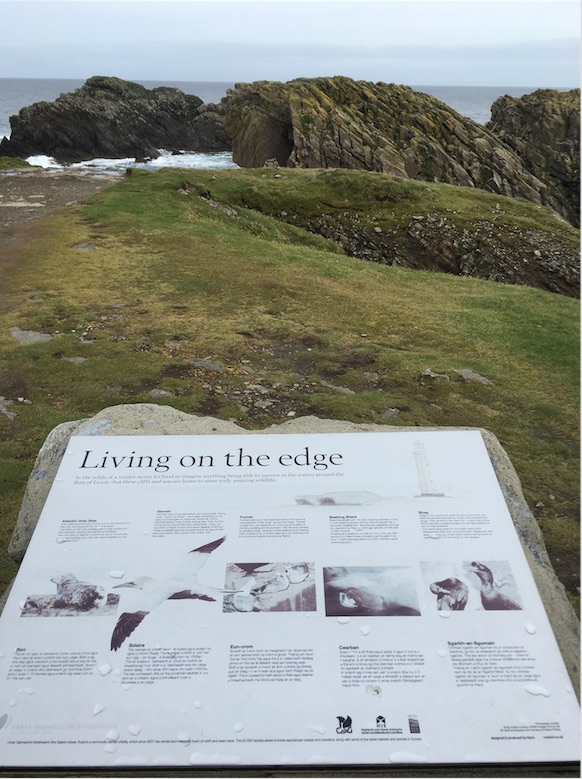 Watch for continuing blog updates in the coming weeks! This past season has had us travel to Calgary, Canada, Hungary, Owensboro, Harrodsburg, and Manchester, Kentucky, as well as various communities in Australia.

Soon we will be back in Ireland before the end of the year. Maybe we will see you at one of the upcoming venues, but most of all – keep praying…the God of all History is at work, methodically working out His plans and purposes in our very midst. You and I are central to these plans!

With love and blessings,
Alistair & Marie