From the Drumcree area we drove for many hours directly south to the West Cork area in the Republic. This was a remarkable part of the ministry trip – one I will not soon forget.

This area in the Republic contains the memory of the Potato Famine – especially in the 1846-49 era.  Although it looks highly productive today in many ways – the history of what once was, is etched in the memory of the land. In the Drimoleague Co. Cork area, for instance – have a look at this videoclip which includes a Cross with words referring to “The Big Hunger” 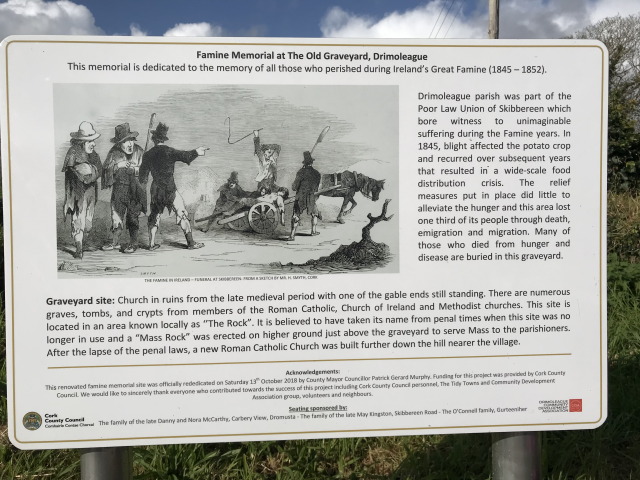 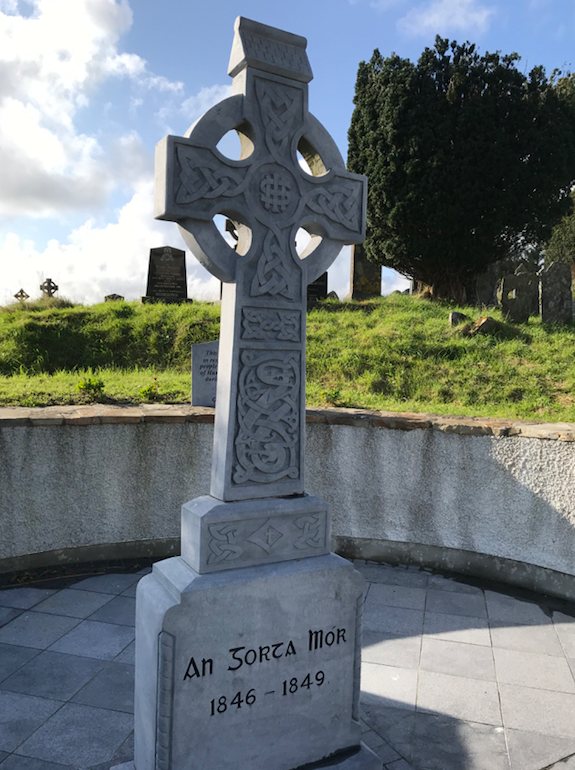 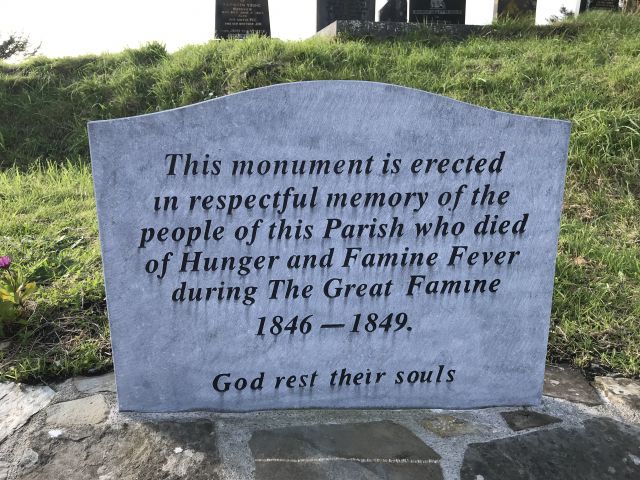 As the sign indicates, unimaginable suffering took place during the Famine years. It was in 1845 and the years that followed during which the blight affected the potato crop resulting in a wide scale food distribution crisis. Relief measures were insufficient, and this area lost one third of its people through death, emigration, and migration. Many in this graveyard died from hunger and disease. Although times have changed significantly, these memories are sobering when viewed through the lens of time.

In the next blog – you will see that amazing changes have occurred since then. But there is also a hunger for prayer and revival!