June update from the field!

June update from the field!

Dear friends,
It has been an amazing last few weeks here at Partnership Ministries. Thank you so much for your prayers. Here is a quick replay on where we have been along with a few pictures.

The Restore Our Land Seed Blessing Service in Moose Jaw went very well – it is very moving to have people coming forward and presenting an offering of the seed that represents their area of work.

We also had the privilege of speaking in Twin Lakes Ranch near Moose Jaw – an amazing place of ministry in the country that is reaching into various places where “normal church” could never go. Those Longhorn cattle are quite amazing!

In May we joined with Ellel West for our Living On The Edge Marketplace and Leadership School, which took place at the Entheos Retreat Centre. What an amazing setting for a ministry venue! Participants came from various areas in Western Canada as well as from California. Already various marketplace leaders have said this week has brought immense revelation and insight into their work and ministry for the Lord.

We then travelled on to Norwich England for 9 days of very varied ministry, which was hosted by Transforming Norwich. The venues included meeting with young leaders – have a look at some of those pictures below.

This resulted in a very special time of prayer after talking on the subject of being tenacious leaders in a day such as this. I have included a brief clip of some of the praise from that time together.

We spent a morning with ministry leaders – an amazing group of men and women who are determined to see God’s Transforming Presence in Norwich. We also spent time with city intercessors – a venue hosted by the leadership of Transforming The Atmosphere. This was a key time in that various ministry leaders also came and we were able to speak about the importance of intercessors and leaders working together. Representatives from both Norwich and areas beyond came together for several hours of teaching and sharing and questions.

We also went into the country to meet with various young people who were living in tents – and using this unique stetting as a time of encountering the Lord. Called InTents – it was quite amazing! I had one hour with young people of various ages – and after my talk when I asked how many would want to be involved in being part of all God is doing in these amazing days – about 90% put their hands up – and so we then prayed with them. 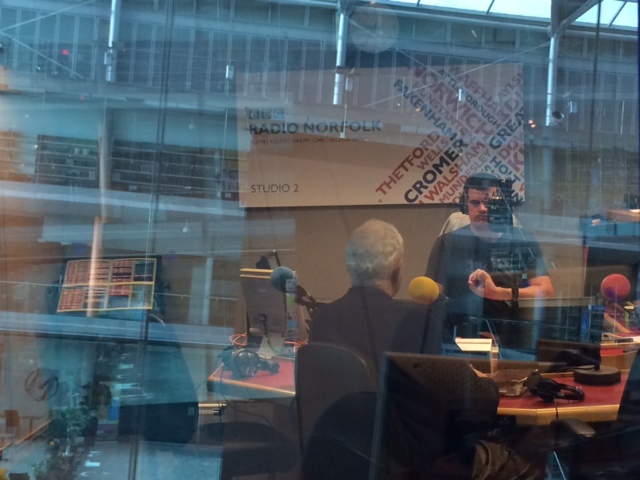 …then speaking in St. Stephen’s Anglican Church Pentecost service – and then in the famous Norwich Cathedral at night. What an amazing day. With one person being healed of a physical issue during the morning service – the evening was a full turn out for what was also the Global Day Of Prayer.

I had the privilege of sharing the message that evening – which later resulted in a profound time of reconciliation between pastoral leaders – intercessors – and people representing many various expressions of the church in that area. To say it was moving is an understatement. Below are two short video clips that gives you a sense of the worship that night.

Thank you so much for you on-going faithful prayers for us. This is so important for us since we have just started a busy season of travel which will take us to Kentucky – 108 Mile Ranch in Northern BC – Australia (Adelaide and Brisbane) – and Rochester, New York – all between now and August. Then we get ready for the Autumn! Knowing there are friends and colleagues praying for our health and safety in travel – as well as for a fresh anointing in each venue (all of which are so different these days) – means more than we can say.

Shortly we leave for Harrodsburg and Manchester Kentucky. We will be there for 2 weeks between June 2nd – 16th ministering with many leaders and friends. We will be spending time with those involved in the continual changes going on in Manchester (The City Of Hope) which is seen in the Sentinel DVD – An Appalachian Dawn. They are amazing folk – we will send you an update after our time there.

The new book? It is called In Holy Fear – it will be available in early July – watch our website for more details.

With our love and thanks and blessings,